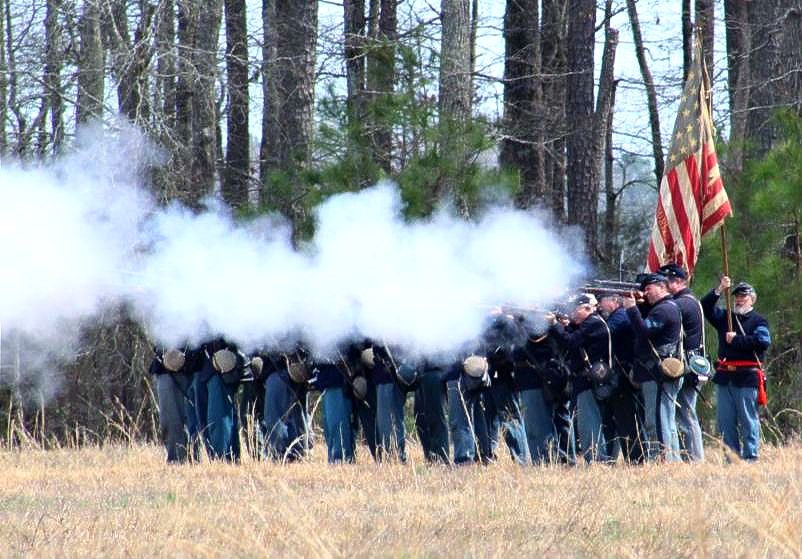 Join us as we remember the 157th Anniversary of the Breakthrough Battle which ended the Petersburg Campaign and forced the Confederate withdrawal from Richmond.

At 4:40 a.m. April 2, 1865, some 14,000 Union soldiers moved forward in the chilly gloom toward the Confederate fortifications six miles southwest of Petersburg. Less than an hour later, the American flag flew over the Confederate line following one of the most important battles of the entire Civil War. This engagement led directly to the evacuation of both Petersburg and Richmond. One week later, Robert E. Lee surrendered to Ulysses S. Grant at Appomattox Court House and our nation began the long process of healing.

The Park will hosts a full schedule of activities and programs for walk-in visitors each day. Visitors will have the opportunity to join in a walking tour of the battlefield, drill with the troops, see a presentation on period clothing and uniforms, meet Captain Charles Gould of the 5th Vermont Infantry Regiment (recreated) and more. Author John Selby will also be presenting a discussion on Union General George Meade and his performance during the Petersburg Campaign. Selby will be available afterwards for a book signing of his work “Meade: The Price of Command” and his book will be available for purchase.