Your visit to Pamplin Historical Park begins at the entrance to The National Museum of the Civil War Soldier. Along the entrance ellipse, memorial granite markers list the number of soldiers who served in the Civil War from each state and the approximate number who died during the conflict.

Inside the museum, your first stop may be at the museum’s innovative gallery “Duty Called Me Here.” Before entering, you choose a “Soldier Comrade” from a group of thirteen real Civil War soldiers. You are fitted with a personal MP3 player and through its audio technology you hear the words of your comrade as he describes his experiences as a soldier. By the end of your tour, you learn the wartime fate of your comrade. 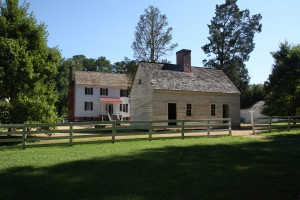 From the museum you may continue along the pathway to Tudor Hall Plantation. This 1812 frame dwelling has been restored to its wartime appearance and is furnished with period antiques, both as a residence and as the headquarters of a Confederate general.

Nearby is The Field Quarter, a venue where exhibits, a film, and reconstructed buildings interpret the life of field slaves and place slavery in its historical context. Cabins, a chicken coop, corn crib, and garden give evidence of the challenging existence of enslaved people. Inside a white painted cabin you can view the exhibit “Slavery in America” and watch the thought-provoking video, “Viewpoints of the 1850s.” 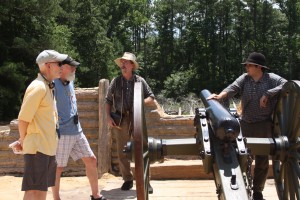 The Field Fortifications Exhibit provides an accurate, full-scale model of the more than fifty miles of fortifications that ringed Petersburg in 1864-65. Visitors may explore the firing step and peer over the parapet of this dramatic example of earthwork construction during the Civil War. During special occasions throughout the year, costumed interpreters conduct live artillery firing demonstrations at the exhibit. 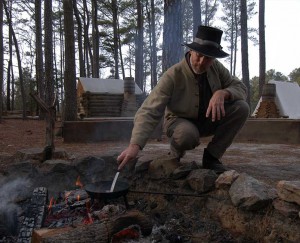 The adjacent Military Encampment depicts the lives of Civil War soldiers in camp. Costumed interpreters demonstrate soldier life including cooking, rifle firing, and examples of winter huts used by soldiers of both sides during the winter of 1864-65.

The Battlefield Center is a multi-faceted museum focused on the April 2, 1865 attack that ended the Petersburg Campaign and resulted in the Confederate evacuation of their capital at Richmond. The Center features an exhibit entitled “Breaking the Backbone of the Rebellion,” a surround-sound theater presentation, a fiber-optics battle map, a 3-D photographic show, and interactive computer programs, including a Civil War quiz. Here, the original film “War So Terrible” is shown daily, a dramatic depiction of combat and its impact on soldiers during the Civil War. 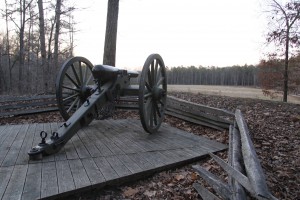 The doors of the Battlefield Center lead to The Breakthrough Trail, which winds through the historic Breakthrough Battlefield. The trail is designed in loops that range in walks of 15 to 45 minutes. Original Confederate earthworks, rifle pits, and military dams are preserved along the trail. Interpretive waysides, some with audio units, tell of the fighting here and introduce you to some of the participants.

Nature and history surround you on the Headwaters Trail and the Woodlands Trail. These two paths, that link with the Breakthrough Trail, offer hikers a unique opportunity to see native flora and fauna and learn a bit about Confederate fortifications. Wooden posts mark multiple trail stops interpreted by a free trail guide. The trailhead for the Petersburg Battlefields Trail is located along the Headwaters Trail. This track—a two-mile round trip—traverses land preserved by Pamplin Historical Park, the Civil War Trust, and Petersburg National Battlefield and links the Confederate lines at Pamplin Historical Park with the Union lines in Petersburg National Battlefield. 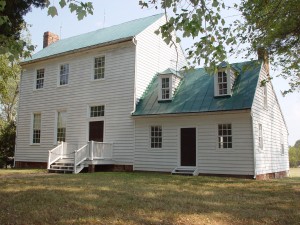 You may also visit The Banks House, a short drive from the Park’s main entrance, and headquarters of Lt. Gen. Ulysses S. Grant on April 2-3, 1865. The exteriors of the house and adjacent slave quarter are open throughout the day and interpreted by wayside exhibits on the ground. 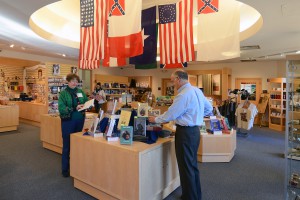