The Banks House, which served as Lt. Gen. Ulysses S. Grant’s headquarters following the Breakthrough on April 2, 1865, is one of the Park’s historical treasures and an outstan 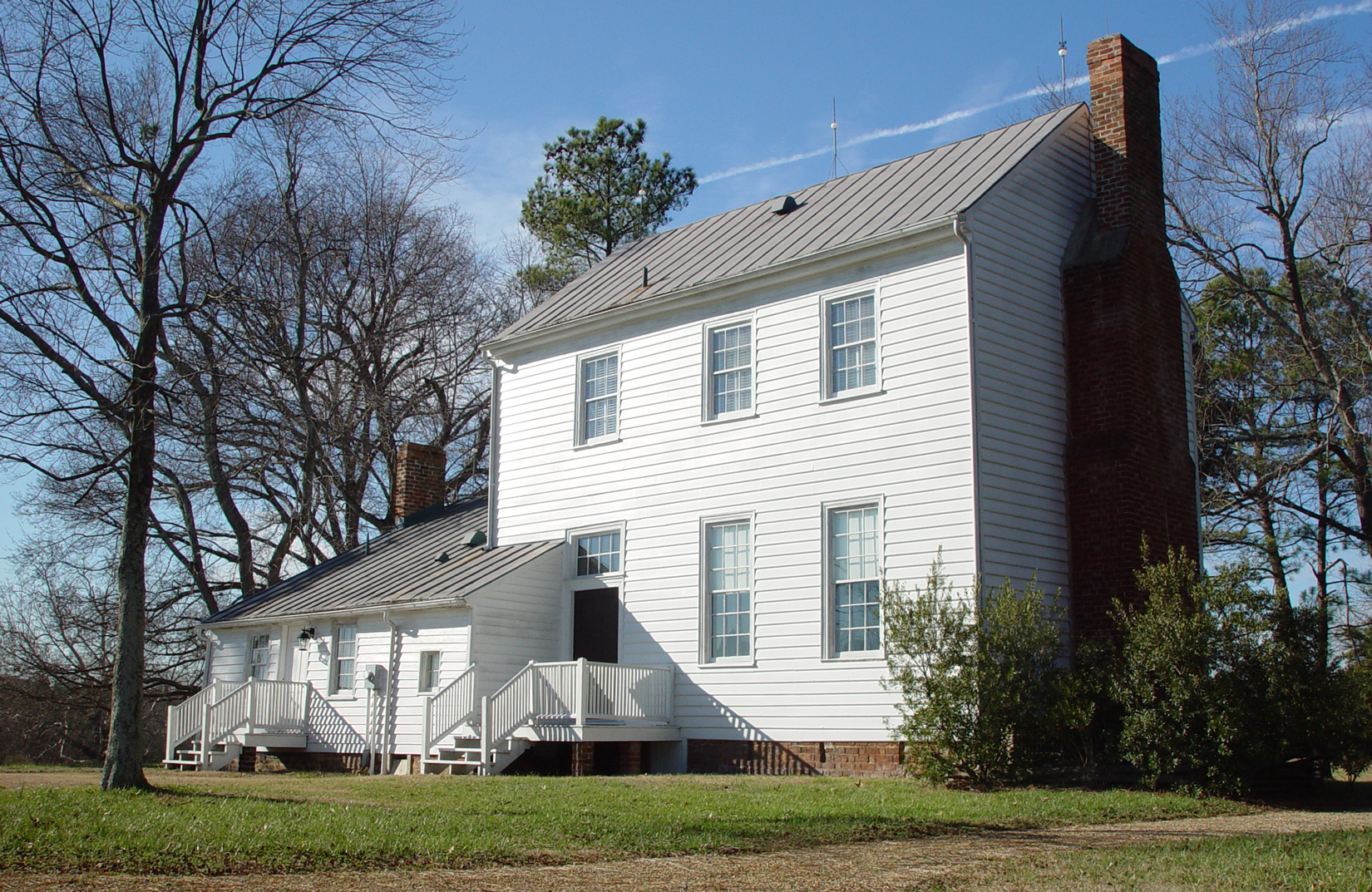 ding story of preservation as well.

This Federal-style building was built in two stages, the first being a one-and-a-half story structure completed between 1740 and 1760. A larger, two-story wing, the principal part of the dwelling, was added about 1790.

In the fall of 1864, the landscape around Margaret Banks’ 231-acre farm changed when Petersburg became the focus of conflict in the Civil War’s eastern theater. Gen. Robert E. Lee, seeking to protect his lines of communication to the south and west of Petersburg, extended his main line of defense southwest of the city. Confederate soldiers dug an imposing line of earthworks just south of the Banks House. A Confederate general, James Lane, used the yard of the Banks House as his headquarters. This line was overrun by Union troops on the early morning of April 2, 1865. Lee was forced to abandon his entire position around Petersburg and Richmond.Pamplin Historical Park acquired the Banks House parcel as a gift from Roslyn Farms Corporation. TXI Corporation,

Pamplin Historical Park acquired the Banks House parcel as a gift from Roslyn Farms Corporation. TXI Corporation, parent company of nearby Chapparal Steel, donated $75,000 to assist in the $600,000 restoration project.

Lt. Gen Ulysses S. Grant chose the Banks House as his command post because it provided him a vantage point from which he could observe and direct assaults against the western sector of Gen. Robert E. Lee’s inner defensive lines.

General Grant dispatched a telegraph message to Maj. Gen. George Meade, immediately in command of the Army of the Potomac, that read, “Hd Qrs armies U.S. will be at Banks House, north of [F] ort Fisher and near the Boydton Plank Road.” By 10:45 that morning, dispatches from Grant bore the address “T. Banks’ House.”

General Grant was known as stoic, deliberate and imperturbable, especially under fire. Confederate gunners, spotting the knot of Federal officers in the yard of the Banks House, began lobbing artillery shells at the group. As exploding missiles fell about the landscape, Grant sat on the ground writing out dispatches, ignoring the pleas of his staff to move to a place of safety. Once finished with his work, Grant arose and walked away, remarking to his aide, “Well, they do seem to have the range on us.”

One of the few remaining original slave dwellings in Virginia is located behind the Banks House. The four-room building includes two rooms on the bottom floor that were used as the plantation kitchen and laundry. The upper floor contains two rooms that were the living quarters of the house servants.

This structure has been restored to its wartime appearance.

A visit to the Banks House is included with regular Park Admission. Visitors should obtain a code at the Admissions Desk in the National Museum of the Civil War Soldier which may be used to open the Banks House access gate. Exterior exhibits explain the history of both the main house and kitchen.