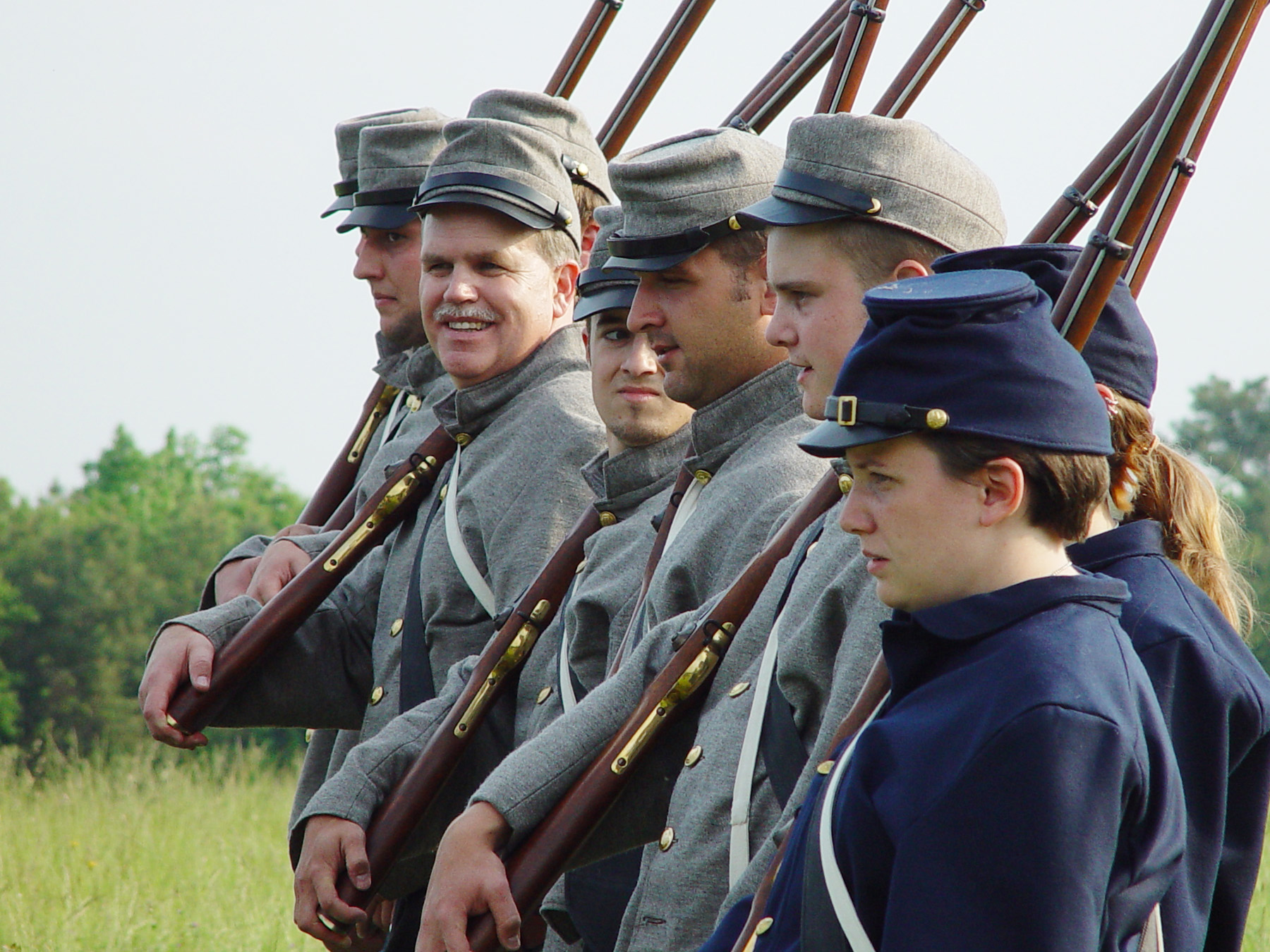 The Military Encampment is located on ground once used by Brigadier General Samuel McGowan’s (South Carolina) Brigade from October 1864 through March 1865 and reflects the typical appearance of a Civil War-period camp.

Several structures, all of which are open to visitors, reflect the variety of architectural styles used by the soldiers during the Civil War’s final year. Wooden huts and canvas shelters illustrate the functions that occurred in camps from Virginia to Texas during the Civil War.

Kids of all ages can step inside the Discovery Hut for a hands-on experience with Civil War uniforms and clothing. Kid-size uniforms, hats and accoutrements are available to be tried on for size – and make a great photo opportunity. Kids can also learn about drum rolls and test their skills on a real drum!

The Military Encampment is located near the Battlefield Center at the entrance to the Breakthrough Trail.