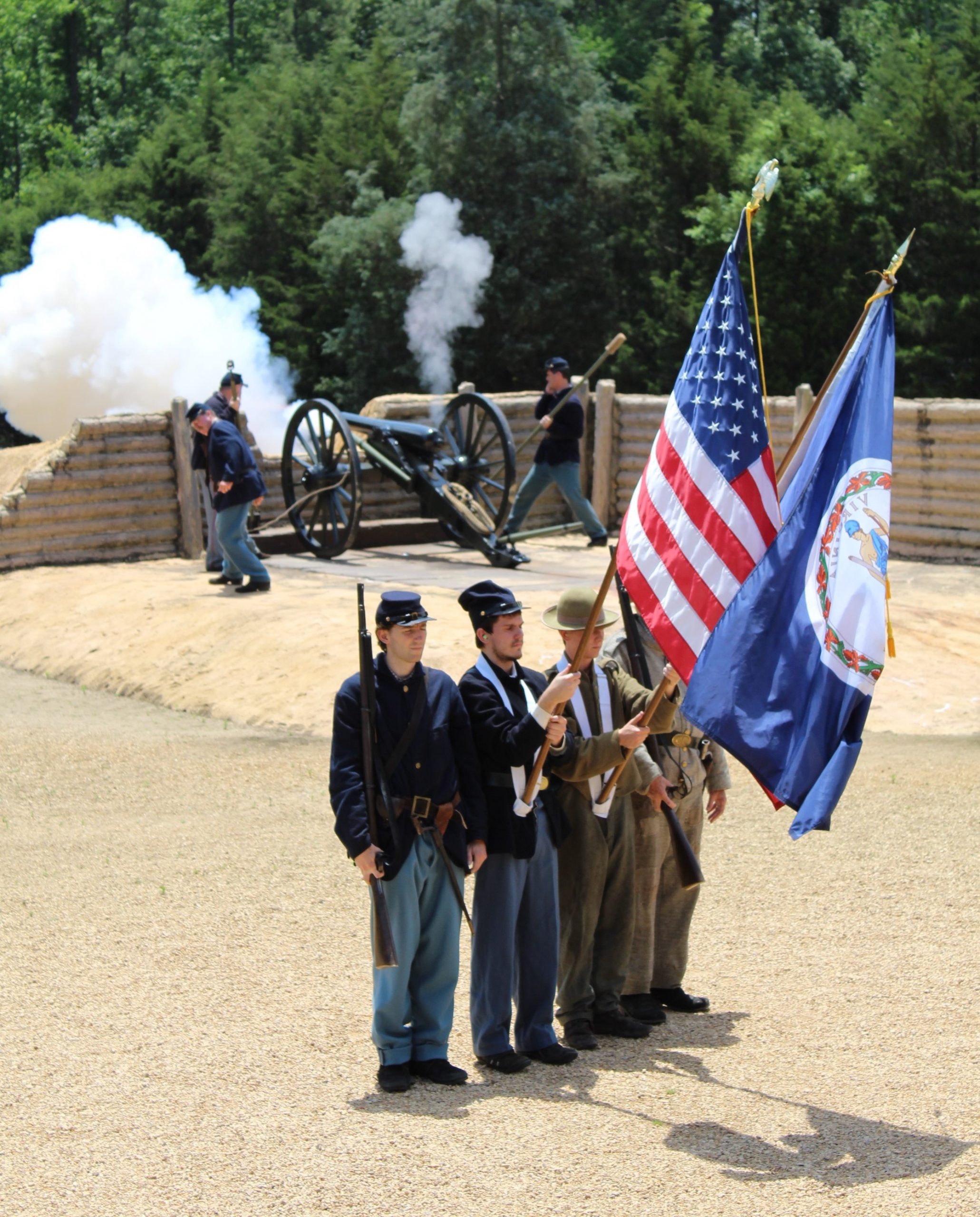 Pamplin Historical Park will offer multiple programs throughout the day, to include presentations on artillery “The King of Battle”, a lecture and living-history demonstration on the Spanish-American War, a live musical performance of soldier’s songs and a ceremony with cannon fire salute.

A Veterans Day ceremony will start at noon with a presentation of colors followed by a cannon fire salute. Afterwards, Civil War programming will be joined by a Spanish-American War lecture and living-history demonstration in the park’s Education Center.

Park staff will conduct a guided walking tour at 1:45 p.m. of the Breakthrough Battlefield, which occurred on April 2, 1865. The tour will offer attendees a chance to hear about the events which unfolded on that fateful morning while viewing some of the most well-preserved earthworks in the country. A notable story to be shared is that of Captain Charles Gould of the U.S. 5th Vermont Infantry Regiment who is credited as being the first man to enter the Confederate held earthworks. Gould would later receive the Medal of Honor for his actions during the battle.

Families are also invited to join in soldier’s songs with a live performance by the Harken Back String Band. Everyone will enjoy traditional songs of home and military life beginning at 2:30 p.m.

All visitors will have the opportunity to explore the 424-acre park to include the Breakthrough Battlefield which on April 2, 1865, resulted in the evacuation of both Petersburg and Richmond. A temporary exhibit titled “We Fight for Our Rights” tells the story of the both the enslaved and free African-Americans who fought for freedom during the American Civil War and their impact on later contributions through the 20th century. The exhibit focuses on the USCT or United States Colored Troops who were formerly enslaved and free African-Americans who joined the Union Army in their fight to end slavery and preserve the Union.