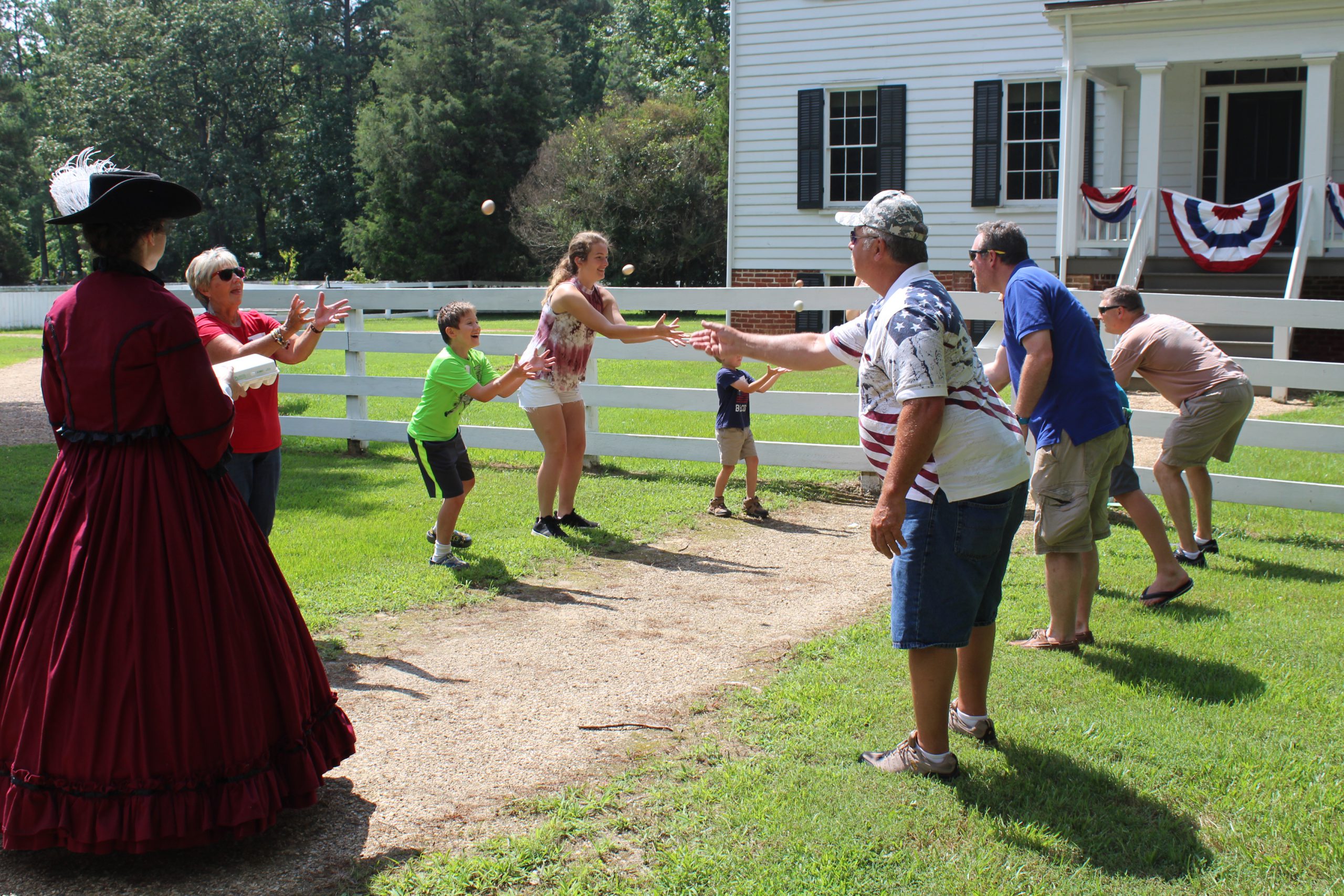 Join us this Independence Day as Pamplin Historical Park will offer multiple programs throughout the day.

Families will enjoy the chance to meet founding father Patrick Henry portrayed by Charles Wissinger and hear his famous “Liberty or Death” speech, listen the the Harken Back String Band, participate in a period baseball demonstration and enjoy other period games. Living historians portraying Revolutionary War and Civil War soldiers will share why they fought and explain the equipment and life of the men during the War for Independence and the American Civil War. Visitors can also take part in a special ceremony with color guard, pledge of allegiance and a musket fire salute.

All visitors will have the opportunity to tour the Breakthrough Battlefield which on April 2, 1865, resulted in the evacuation of both Petersburg and Richmond. A mere seven days later, the surrender at Appomattox helped to secure the Union and began healing a nation.