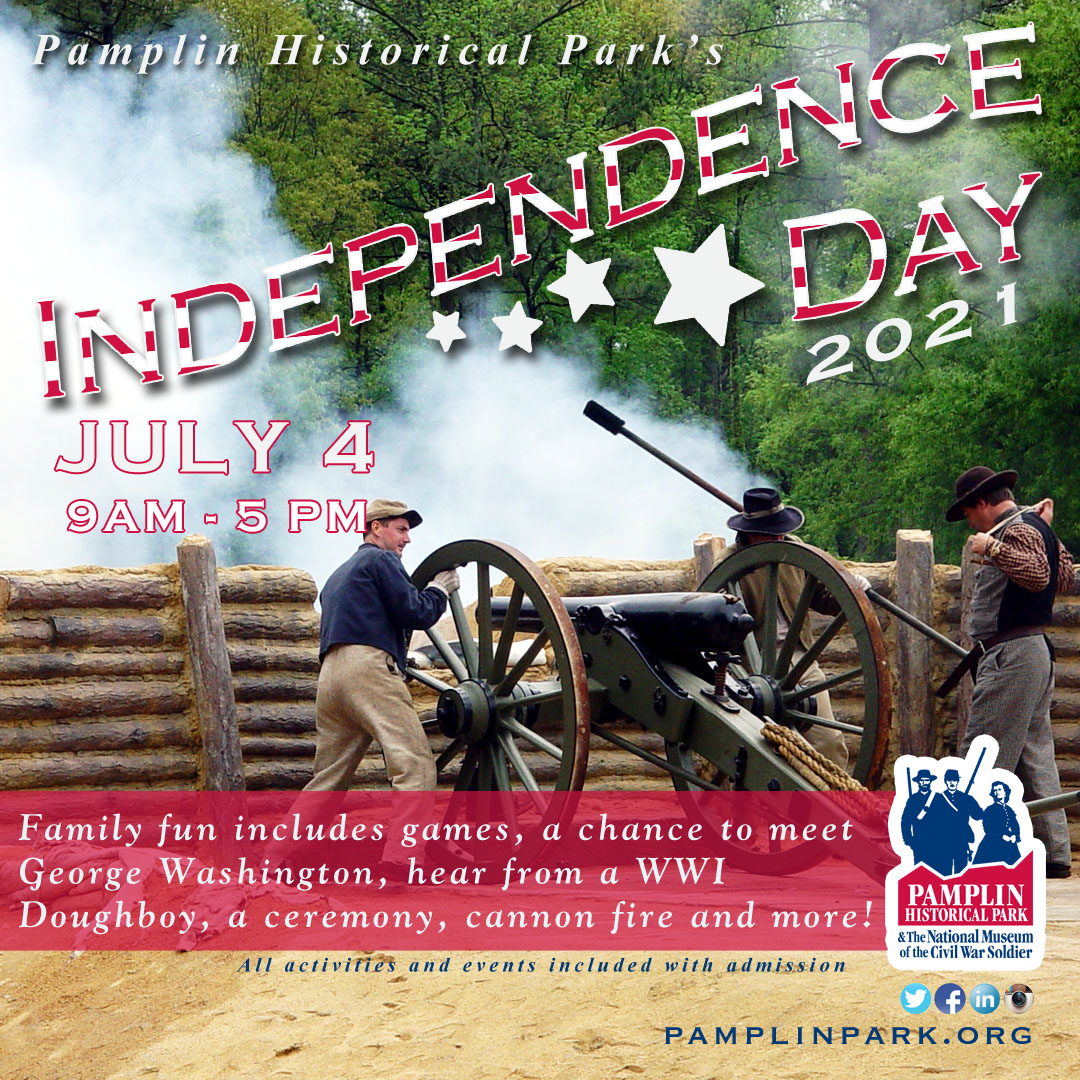 Join us this Independence Day as Pamplin Historical Park will offer multiple programs throughout the day. Families will enjoy the chance to meet George Washington, hear about World War I from an American Doughboy, participate in 19th century games and take part in a ceremony concluding with a cannon fire salute. All visitors will have the opportunity to join staff for tours of the Breakthrough Battlefield which on April 2, 1865, resulted in the evacuation of both Petersburg and Richmond.

General Washington (portrayed by Brian Hilton) will discuss the meaning and legacy of the American War for Independence.  You will have the opportunity to interact with Washington by asking questions and offering your own thoughts about the American Revolution, the Declaration of Independence, the 4th of July, and the union of the states.  What better way to celebrate the birthday of our country than to engage in conversation with the “Father of Our Country”?   There will be opportunities for photographs with General Washington following the program.  This is a family friendly event for people of all ages.

Living-historians representing the Hanover Independent Company of 1775 will also share how civilians supported patriots and British forces in the American Revolutionary War. Visitors can hear the Citizens of Old Virginia perform musical tunes from the Civil War as they share home front views of the war from both northern and southern perspectives.

Bill Stallings will bring the Great War to life as an American soldier better known as Doughboys from World War I. Visitors can hear about America’s unprepared mobilization and the experience of fighting in trenches and facing new technologies, during this terrible conflict. Several artifacts from the conflict will also be on display and their importance and stories shared with families and visitors.

Everyone will additionally be able to participate in games including America’s pastime, baseball.