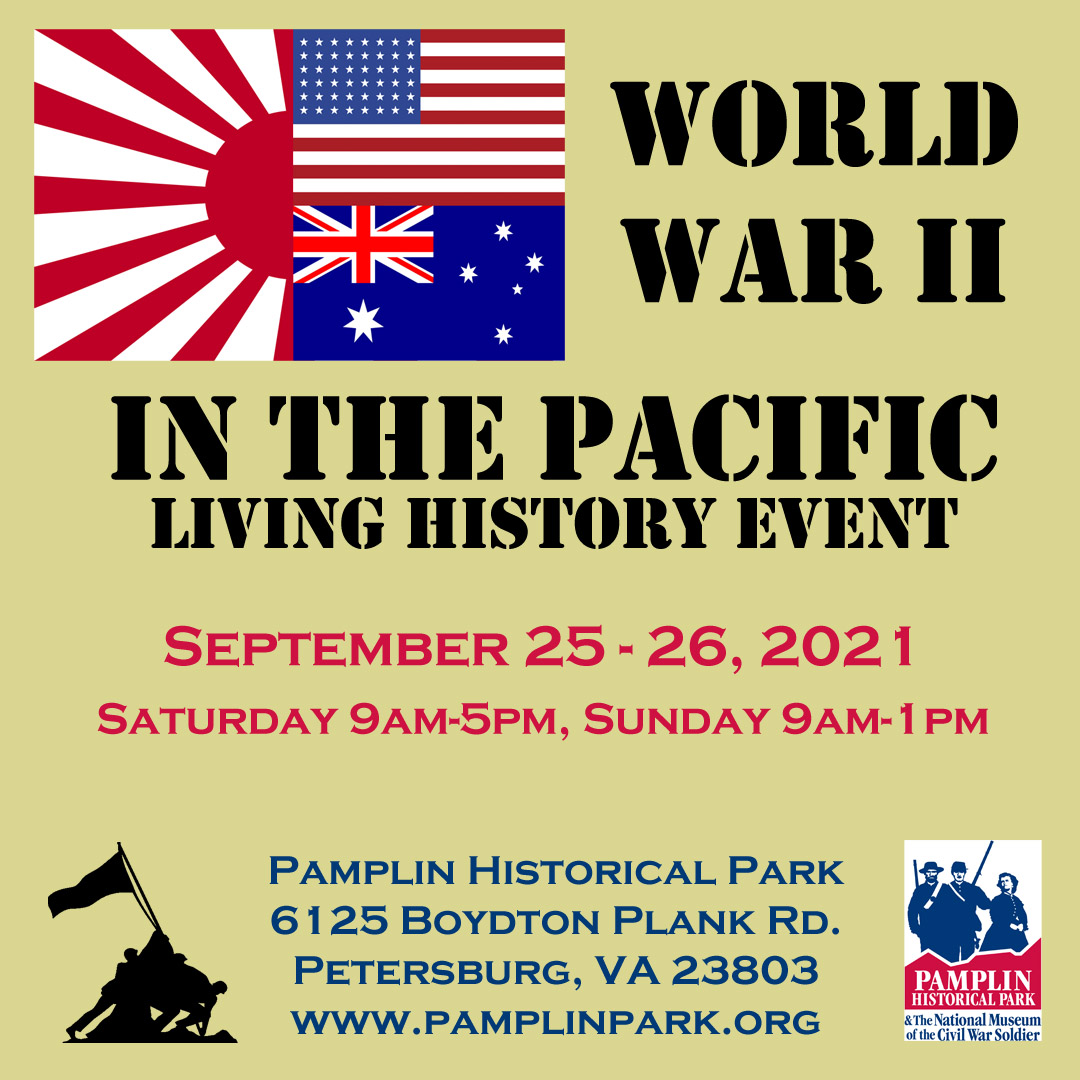 This living history event brings to life the experiences of fighting in the Pacific Theater and the home front during World War II. Guests will have the opportunity to learn from living historians portraying soldiers who fought in the Pacific Theater and about a number of different aspects of a soldier’s life to include weapons, signals and communications, and tactical demonstrations. Impressions will range from U.S. Army and Marines to those of British and Russian allies. Civilian living historians will portray goings on at the home front and USO activities stateside. Demonstrations will include medical, cooking, weapons and a military uniform and civilian fashion show. A special tactical demonstration will be performed on Saturday afternoon to illustrate the art of fire and maneuver.

World War II, which was fought between 1939 and 1945, cost an estimated 85 million casualties both military and civilian worldwide. The United States military casualties amounted to 416,800. While many were thankful for the surrender in Europe on May 8, 1945 the war in the Pacific raged on and was far from over. The battles of Iwo Jima and Okinawa during the first half of the year gave a glimpse of the carnage awaiting invasion forces set to strike the Japanese home islands. A planned Allied invasion on the island of Kyushu was set for November 1st. There 500,000 Japanese troops were in position and another 6 million were under arms or able to be called into service. This invasion did not come to pass. The dropping of the atomic bombs on Hiroshima and Nagasaki forced Imperial Japan to accept an unconditional surrender. The terms were accepted on August 14, 1945 and a formal document signing ceremony took place aboard the U.S.S. Missouri in Tokyo Bay on September 2nd.