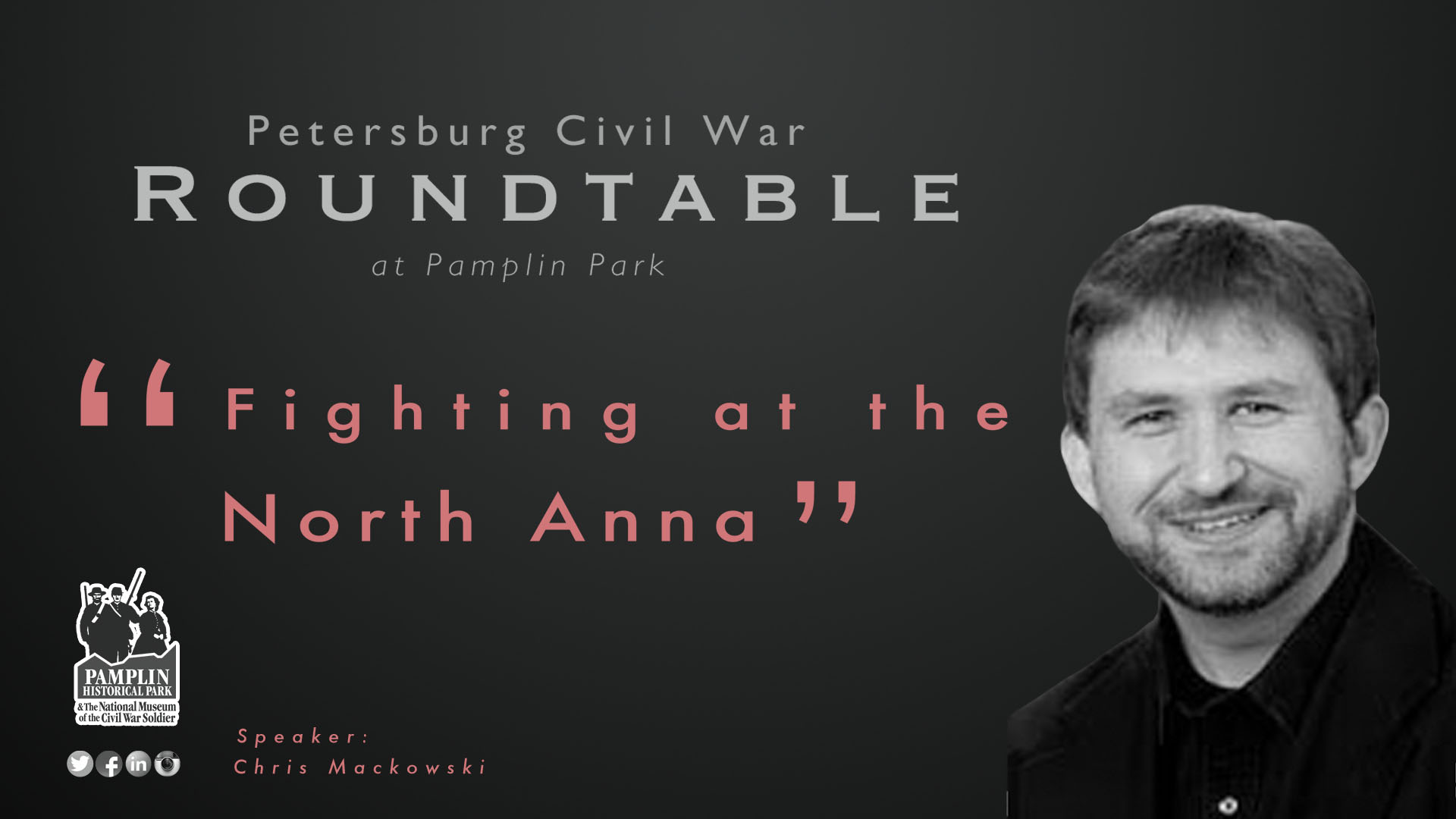 Join speaker Chris Mackowski of Emerging Civil War for his presentation “Fighting at the North Anna” during the Overland Campaign.

Chris Mackowski, Ph.D., is the editor-in-chief and co-founder of Emerging Civil War. He is the series editor of the award-winning Emerging Civil War Series, published by Savas Beatie, and the “Engaging the Civil War” Series, published in partnership with Southern Illinois University Press. Chris is a writing professor in the Jandoli School of Communication at St. Bonaventure University in Allegany, NY, where he also serves as associate dean for undergraduate programs. Chris is also historian-in-residence at Stevenson Ridge, a historic property on the Spotsylvania battlefield in central Virginia. He has also worked as a historian for the National Park Service at Fredericksburg & Spotsylvania National Military Park, where he gives tours at four major Civil War battlefields (Fredericksburg, Chancellorsville, Wilderness, and Spotsylvania), as well as at the building where Stonewall Jackson died. Chris has authored or co-authored a dozen books on the Civil War, and his articles have appeared in all the major Civil War magazines. Chris serves on the board of directors for the Central Virginia Battlefields Trust and the Civil War Roundtable Congress.

The Petersburg Civil War Roundtable (PCWRT) will meet the first Thursday of each month (except June, July, and August) at Pamplin Historical Park and the National Museum of the Civil War Soldier from 6:30 pm-7:30 pm. Annual membership is $40.00. Individuals who are already members of Pamplin Historical Park can become members of PCWRT for $20.00. Non-members can attend for $5.00 each meeting. Call (804) 861-2408 for more information.