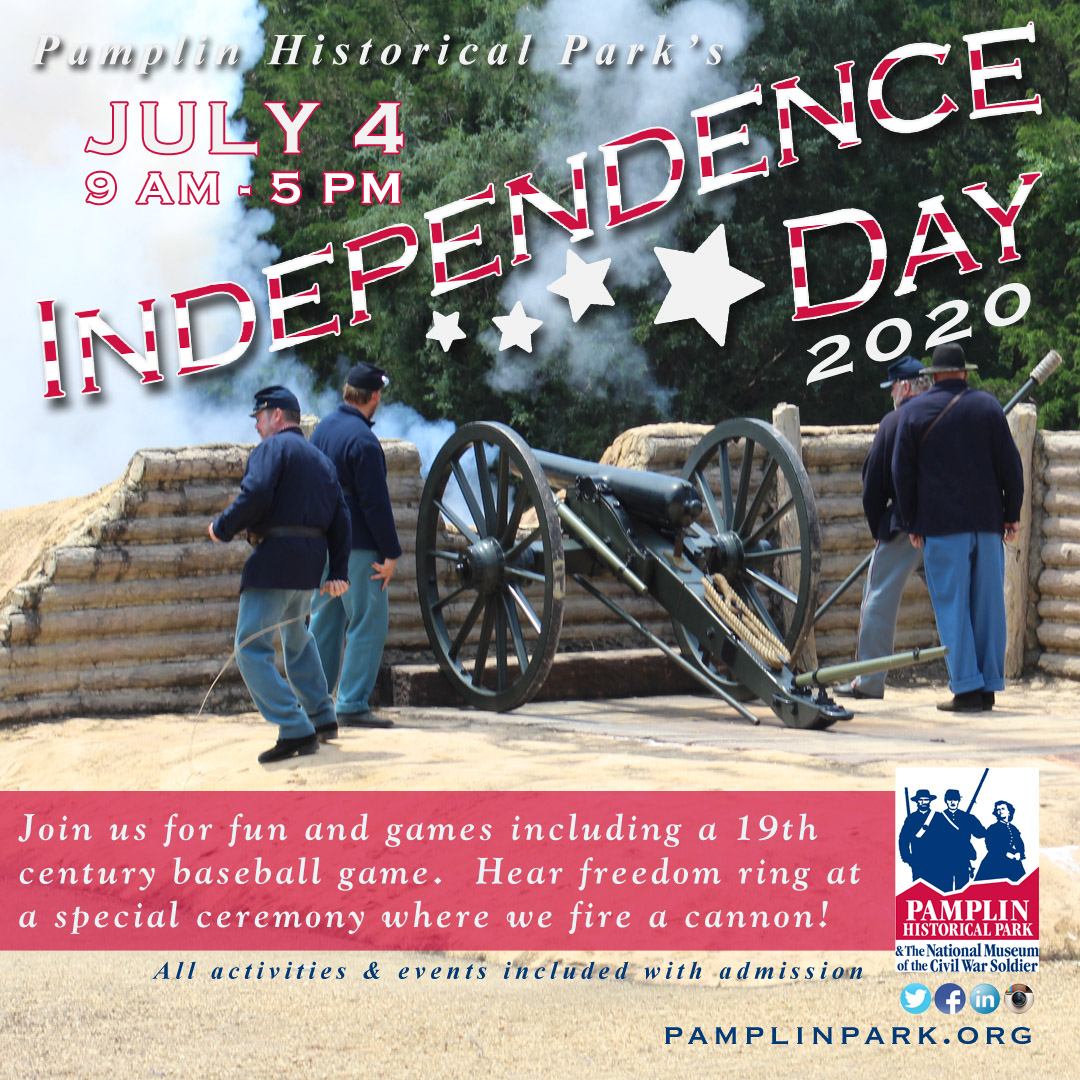 As essayist John Burroughs stated “That which distinguishes this day from all others is that then both orators and artillerymen shoot blank cartridges.” In the spirit of Burroughs’ quote, Pamplin Historical Park staff will offer multiple programs throughout the day, to include a patriotic ceremony with the pledge of allegiance and a cannon fire salute.

Families are invited to participate in 19th century games such as a sack race and 3-legged race among others to be held on the picturesque Tudor Hall lawn. A period baseball game will also be held at the Battlefield Center Field where guests are invited to join in the game.

All visitors will have the opportunity to join staff for tours of the Breakthrough Battlefield which on April 2, 1865, resulted in the evacuation of both Petersburg and Richmond. A mere seven days later, the surrender at Appomattox helped to secure the Union and began healing a nation.

Visitors will see that some inspirations remain the same as Thomas Jefferson observed in his quote, “We hold these truths to be self-evident: that all men are created equal; that they are endowed by their Creator with certain unalienable rights; that among these are life, liberty, and the pursuit of happiness.”