The War Outside My Window Book Signing Event 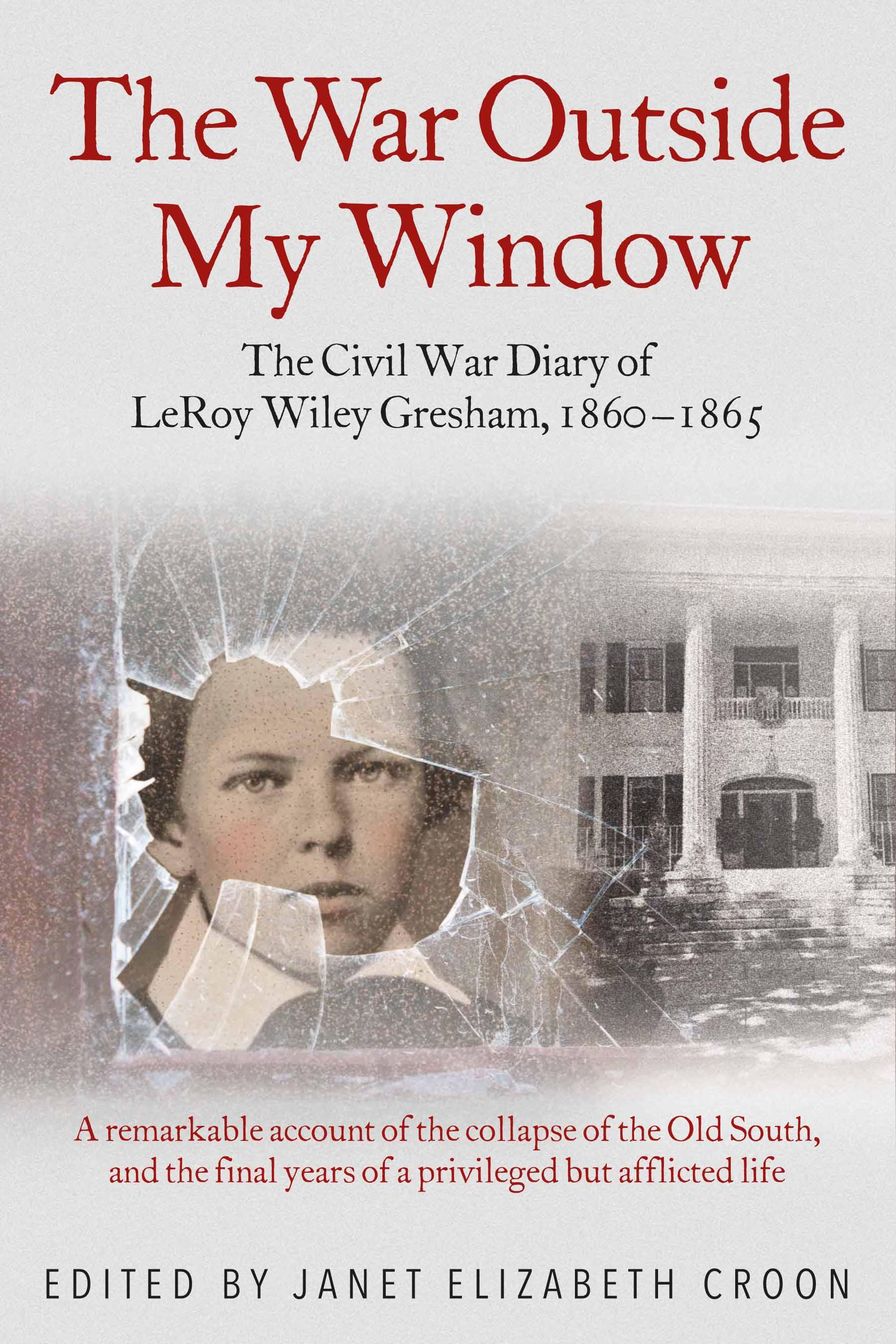 Join editor Janet Elizabeth Croon for a discussion and signing of a Civil War Title: The War Outside My Window: The Civil War Diary of LeRoy Wiley Gresham, 1860-1865.

LeRoy Gresham was born in 1847 to an affluent and prominent slaveholding family in Macon, Georgia. As a young child he suffered a horrific leg and back injury that left him an invalid. Educated, inquisitive, perceptive, and exceptionally witty, the 12-year-old began keeping a journal in 1860—just before secession and Civil War tore the country and his world apart. He continued to write even as his health deteriorated until both the war and his life ended in 1865. His unique view of a waning age is published here for the first time in A Son of Georgia: The Civil War Journals of LeRoy Wiley Gresham, 1860-1865. Edited and annotated with meticulous care by Janet Croon, A Son of Georgia: The Civil War Journals of LeRoy Wiley Gresham, 1860-1865 captures the spirit and the character of a young privileged white teenager witnessing the demise of his world even as his own body is slowly failing him. Just as Anne Frank has come down to us as the adolescent voice of World War II, LeRoy Gresham will now be remembered as a young voice of the Civil War South.

Book’s webpage: https://tinyurl.com/y7be9nnx
This event is included with regular admission.