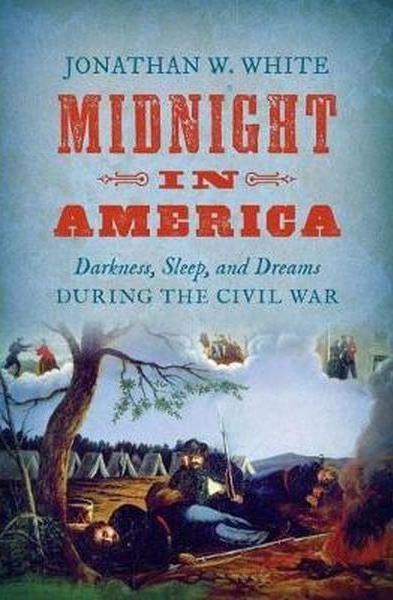 The Civil War brought many forms of upheaval to America, not only in waking hours but also in the dark of night. Sleeplessness plagued the Union and Confederate armies, and dreams of war glided through the minds of Americans in both the North and South. Sometimes their nightly visions brought the horrors of the conflict vividly to life. But for others, nighttime was an escape from the hard realities of life and death in wartime. Come out and hear historian Jonathan W. White explain what dreams meant to Civil War–era Americans and what their dreams reveal about their experiences during the war. He shows how Americans grappled with their fears, desires, and struggles while they slept, and how their dreams helped them make sense of the confusion, despair, and loneliness that engulfed them.

After the presentation Mr. White will be signing copies of his recently published book, Midnight in America: Darkness, Sleep, and Dreams during the Civil War. A limited number of copies of the book will be available in the Civil War Store for purchase for the author signing. The event is free with your Pamplin Historical Park membership or paid park admission.