The Experience of the Common Soldier of the Civil War

Nearly 3,000,0000 Americans served in the Union and Confederate armies during the Civil War. The overwhelming majority of these men (and all of the women) fought as common soldiers, with ranks well below that of general or colonel. Their sacrifice is unparalleled in American history. More than 620,000 Civil War soldiers died in service to their cause, on more than 10,000 battlefields, in uncounted hospitals and camps, and along lonely roadsides.

The armies of North and South were almost entirely volunteer organizations. Why these Americans joined, how they lived, and what sustained their faith through the miseries of the long march, the cheerless camp, or the bloody battlefield provides a compelling look into the American character both of the 19th century and today. 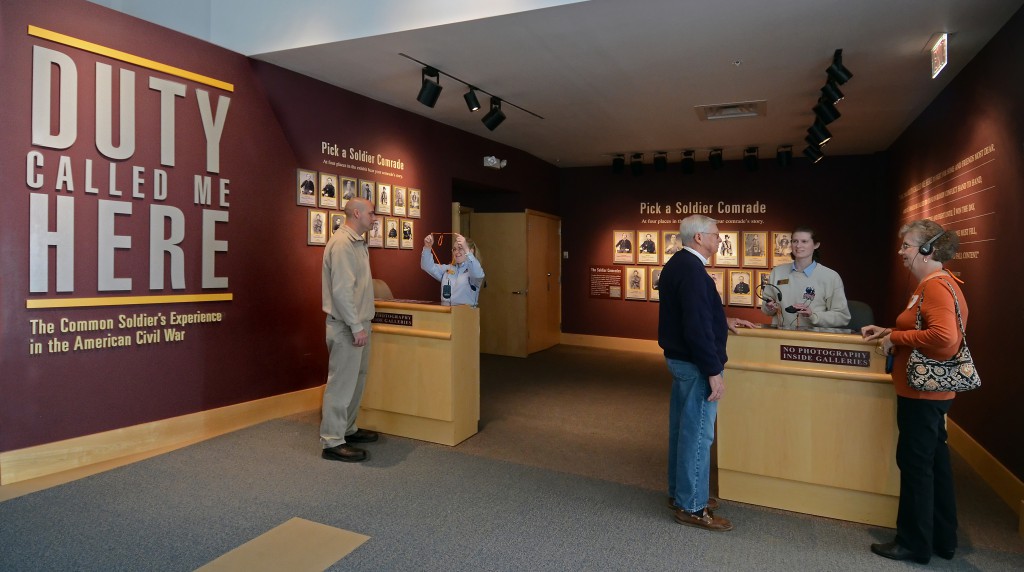 This seven-gallery exhibit brings visitors face-to-face with the nearly 3,000,000 Americans who became soldiers during the Civil War.

Using an MP-3 audio player and guided by a personal “soldier comrade,” visitors follow the experiences of Civil War soldiers using interactive computers, videos, life-sized dioramas, more than 500 original objects, and the multi-sensory battlefield simulation, “Trial by Fire.” A national travel guide has described “Duty Called Me Here” as “simply one of the best museums in Virginia.”

The National Museum of the Civil War Soldier

The National Museum of the Civil War Soldier is one of America’s outstanding museums. A winner of national and international awards for excellence, this 25,000-square-foot venue is home to the exhibit “Duty Called Me Here: The Common Soldier in the Civil War,” The Civil War Store, The Pamplin Board Room, and the Remembrance Wall. At Pamplin Historical Park’s “front door,” visitors obtain daily admission or purchase annual memberships.

The Battlefield Center houses a collection of artifacts related to the Breakthrough Battle of April 2, 1865, that took place on the grounds of Pamplin Historical Park. Weapons, regimental and corps flags, personal items, and photographs accompany relics that were unearthed from the battlefield. A fiber-optic map tells of the campaigning of the armies. A 3-D exhibit on the Petersburg Campaign shows almost two dozen photographs in their original three-dimensional format to tell the Petersburg story. Among the stories told is that of Charles Gould, the first Union soldier to breach the Confederate earthworks. 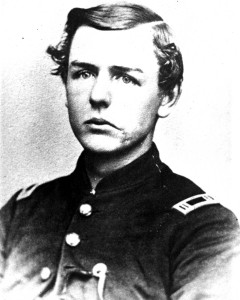 Captain Charles G. Gould commanded Company H, 5th Vermont Infantry. Like so many volunteer soldiers, young Captain Gould (he was just 20 years old) had worked his way up through the ranks during the war and on April 2, 1865 found himself leading his company near the far left end of the attack formation.

During the assault, Gould veered off to his left, crossed a branch of Arthur’s Swamp and approached the Confederate line – as it turned out, all alone. He scaled the works, slayed one of the North Carolina defenders, but within a matter of moments suffered three wounds. A fourth Tar Heel soldier leveled his rifle at Gould but before he could fire, Corporal Henry H. Recor of the 5th Vermont rescued Gould by throwing him back over the works and out of immediate danger.

Shortly thereafter Union attackers rushed over the fortifications, engaged the Confederates in close-quarters combat, and eventually drove the Rebels into retreat.

Two days after the battle, Capt. Gould wrote a letter home describing his wounds as “a bayonet wound through the left part of my face which entered near my mouth and came out under the jaw, another bayonet wound in my back between my shoulders and a sabre cut on the right side of my skull.” Then perhaps to assuage his parents’ concerns, he wrote: “The wound in my back is nothing at all as it hit the backbone and stopped. The cut on my head is very slight and in fact all my wounds are.” 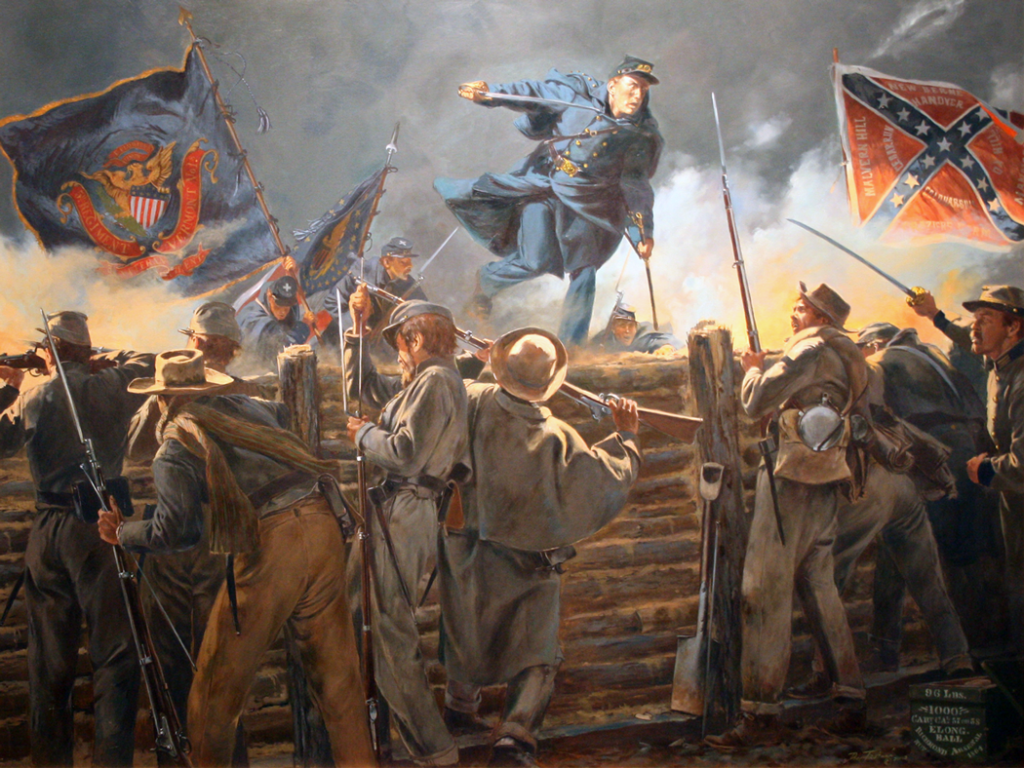 Gould ended his letter with an apology: “I am sorry that I was wounded before I got to Richmond.” Meanwhile, he declared to the anonymous Vermonter in the hospital who had described his ordeal that “if he had only had his revolver he could have held the fort alone.”

Captain Gould is widely credited with being the first Union soldier to gain the Confederate line during the Breakthrough. The approximate location of his dramatic adventure is marked by a wayside exhibit along the Breakthrough Trail and a specially commissioned painting depicting the moment of Gould’s arrival atop the works is on display in the Battlefield Center.

In the 1890 petition for Gould to be awarded the Congressional Medal of Honor, Lewis Grant testified: “I think there is no doubt of the fact that Capt. Charles G. Gould, 5th Vt. Vols. was the first upon the rebel works at the time of the breaking of the Confederate lines by the Sixth Corps in front of Petersburg, April 2, ’65.”