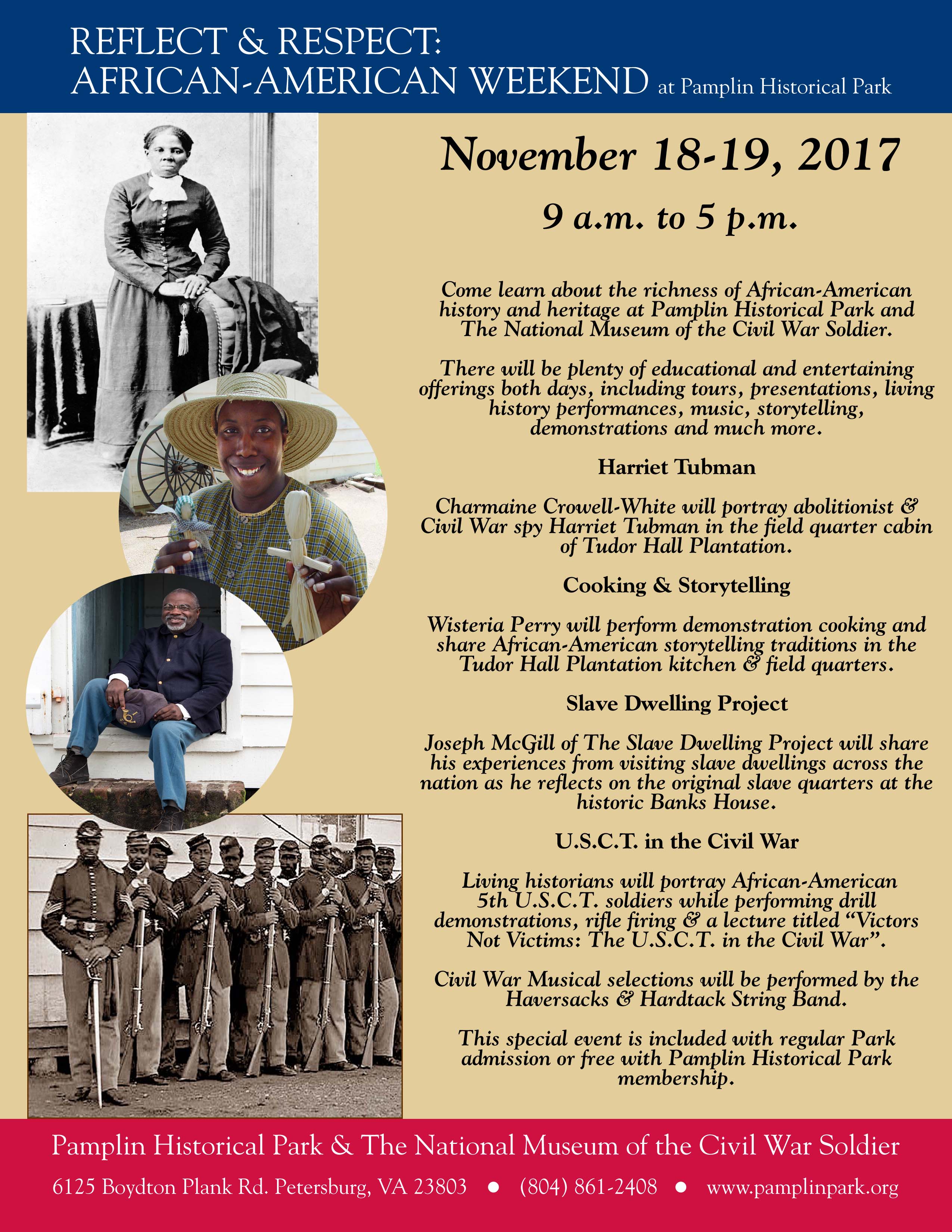 Come learn about the richness of African-American history and heritage at Pamplin Historical Park and The National Museum of the Civil War Soldier. There will be plenty of educational and entertaining offerings both days, including tours, presentations, living history performances, music, storytelling, demonstrations and much more.

Joseph McGill of the Slave Dwelling Project will share his experiences from visiting and preserving slave dwellings across the nation as he reflects on the original slave quarters at the historic Banks House. McGill has reached 90 sites in over 18 states and engages diverse audiences by conducting programs, giving lectures, and spending nights in the dwellings himself.

Living-historians will portray African-American soldiers of the original 5th U.S.C.T. which served with Union forces during the Civil War. They will perform drill demonstrations, rifle firing and present a lecture titled, “Victors Not Victims: The U.S.C.T. in the Civil War”.

Civil War musical selections will be performed by the Haversacks & Hardtack String Band. Through the stories and songs of the common Civil War soldier that rose from bloody battlefields; from those that emanated from quiet parlors of the folks back home, and transcended the anguish of the slave quarter–music from this period in history gave hope for better times, consoled endless sorrow, and inspired the ideal of freedom.

This special event is included with regular museum admission or is free to Pamplin Historical Park members.