Death of an Assassin Book Signing 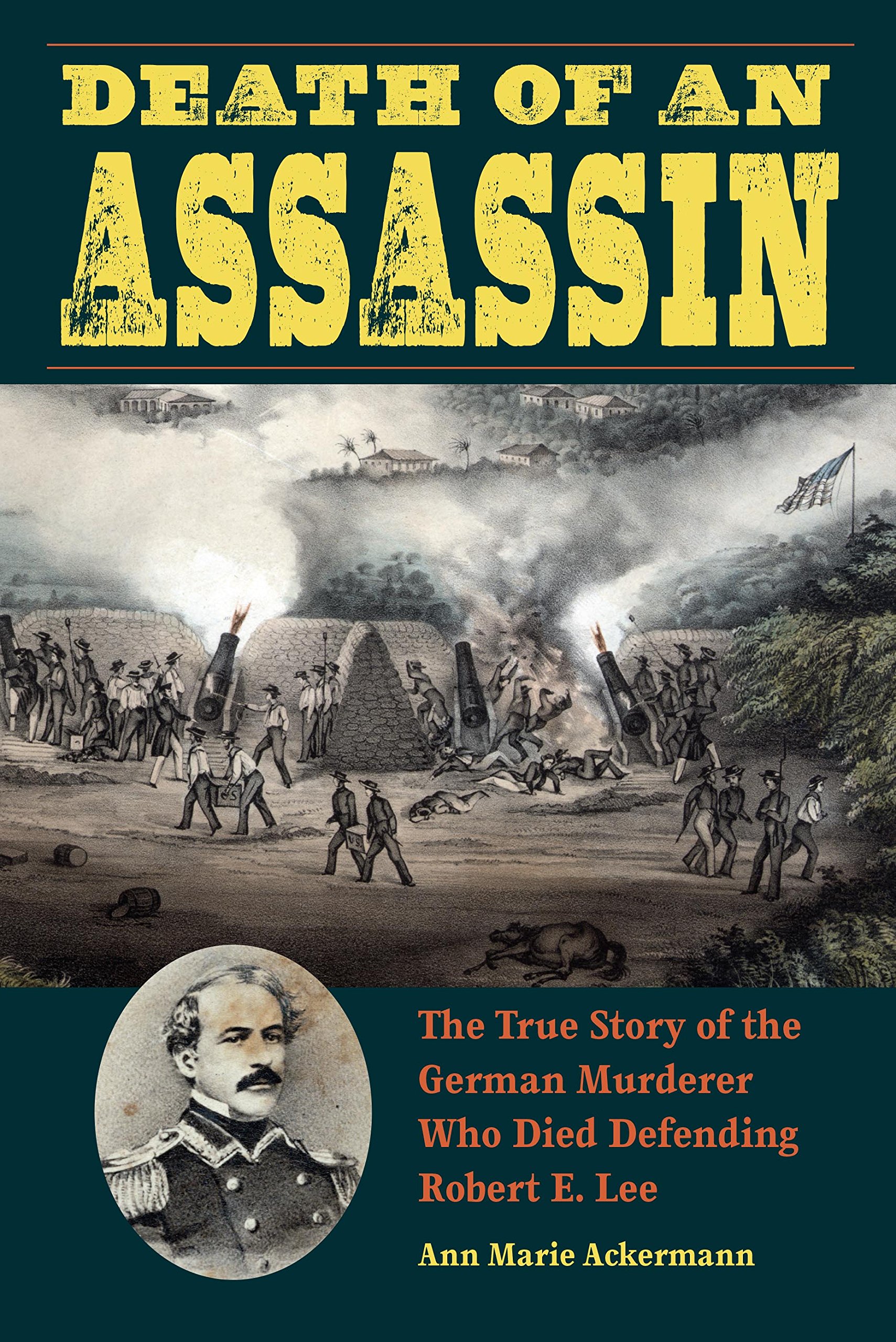 From the depths of German and American archives comes a story one soldier never wanted told. The first volunteer killed defending Robert E. Lee’s position in battle was really a German assassin. After fleeing to the United States to escape prosecution for murder, the assassin enlisted in a German company of the Pennsylvania Volunteers in the Mexican-American War and died defending Lee’s battery at the Siege of Veracruz in 1847. Lee wrote a letter home, praising this unnamed fallen volunteer defender. Military records identify him, but none of the Americans knew about his past life of crime.

Before fighting with the Americans, Lee’s defender had assassinated Johann Heinrich Rieber, mayor of Bönnigheim, Germany, in 1835. Rieber’s assassination became 19th-century Germany’s coldest case ever solved by a non–law enforcement professional and the only 19th-century German murder ever solved in the United States. Thirtyseven years later, another suspect in the assassination who had also fled to America found evidence in Washington, D.C., that would clear his own name, and he forwarded it to Germany. The German prosecutor Ernst von Hochstetter corroborated the story and closed the case file in 1872, naming Lee’s defender as Rieber’s murderer.

Relying primarily on German sources, Death of an Assassin tracks the never-before-told story of this German company of Pennsylvania volunteers. It follows both Lee’s and the assassin’s lives until their dramatic encounter in Veracruz and picks up again with the surprising case resolution decades later.

This case also reveals that forensic ballistics—firearm identification through comparison of the striations on a projectile with the rifling in the barrel—is much older than previously thought. History credits Alexandre Laccasagne for inventing forensic ballistics in 1888. But more than 50 years earlier, Eduard Hammer, the magistrate who investigated the Rieber assassination in 1835, used the same technique to eliminate a forester’s rifle as the murder weapon. A firearms technician with state police of Baden-Württemberg tested Hammer’s technique in 2015 and confirmed its efficacy, cementing the argument that Hammer, not Laccasagne, should be considered the father of forensic ballistics.

The roles the volunteer soldier/assassin and Robert E. Lee played at the Siege of Veracruz are part of American history, and the recordbreaking, 19th-century cold case is part of German history. For the first time, Death of an Assassin brings the two stories together.

Ann Marie Ackermann will be speaking on the subject of her recently published book, Death of an Assassin. Copies of the book will be available for purchase and author signing. The event is free with your Pamplin Historical Park membership or paid park admission.