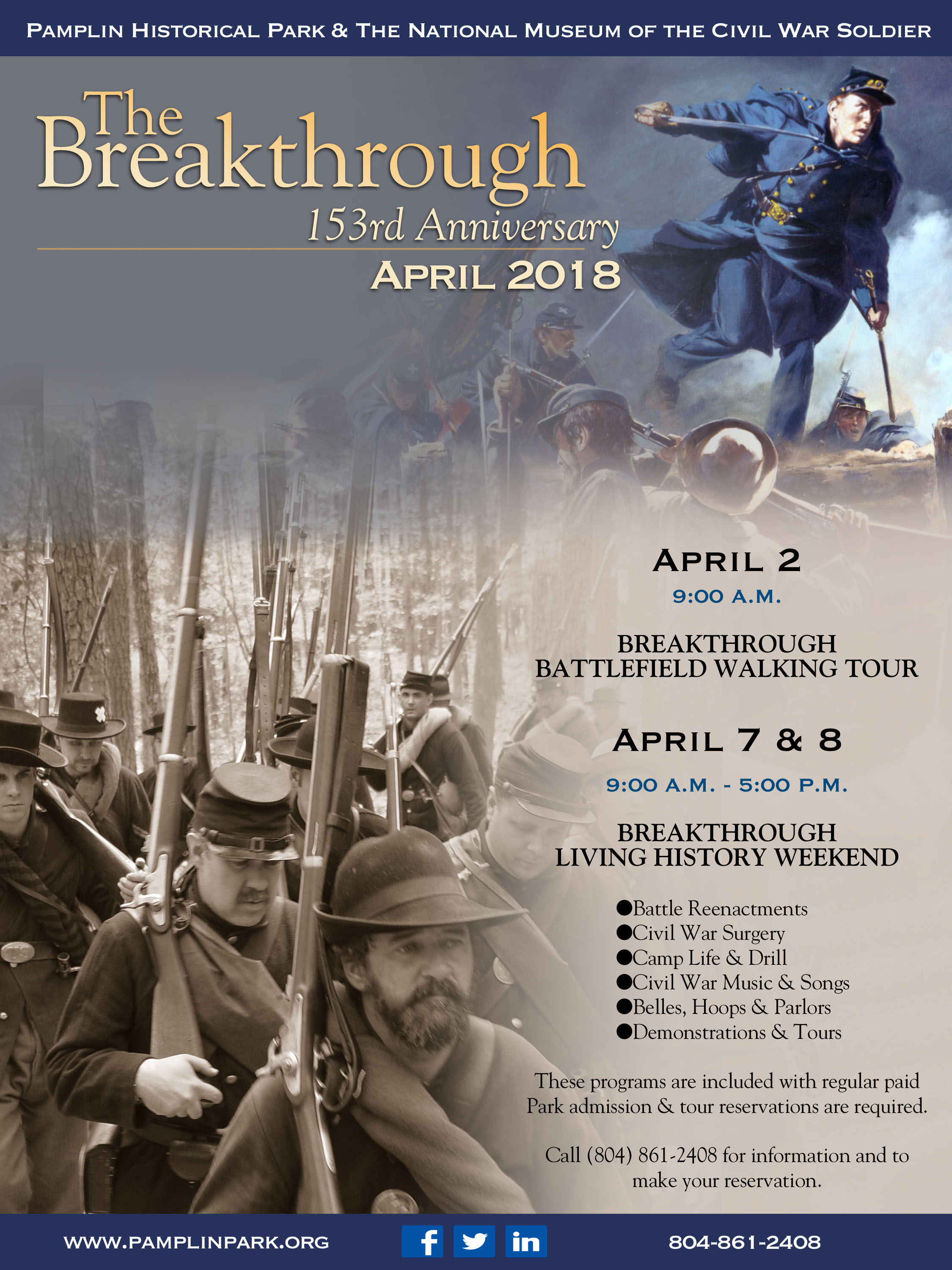 Join Park historians as they tour the Breakthrough Battle of April 2nd, 1865 while bringing the conflict and personalities alive for this special experience on the actual battlefield. The tour will begin at the historic Hart Farm which survived the battle and has been restored to it’s wartime appearance. After a brief overview of the Overland and Petersburg Campaigns, guests will then embark on a tour of the battlefield to explore the original terrain features while incorporating the history that unfolded on this National Landmark site resulting in the collapse of Petersburg defenses and the withdrawal of Confederate forces from Richmond. Seven days later after a running fight out to Appomattox Courthouse, the war would be over on April 9, 1865. Pristine earthworks, rifle pits, artillery redans and the picturesque Large and Small Meadows are included in this walking tour.

Space on this tour is limited. Please call (804) 861-2408 for more information and to make your reservation or email Tim Talbott, Director of Education, Interpretation, Visitors Services & Collections at ttalbott@pamplinpark.org.

This program is included with regular paid Park admission but, tour reservations are required.